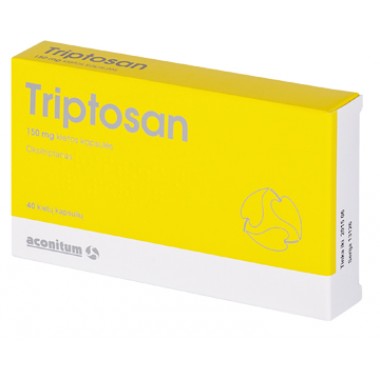 Depression is a complex and integral disease affecting the human body, his spirit and the environment. During depression patients feel sadness, despair, guilt, see no prospects for their lives, lose initiative and ability to overcome difficulties. This condition can be understood as a disintegration of personality and action. As the depressed patient primarily becomes apathetic to any positive action, to relation with himself and the environment, it means that depression inhibits human dynamism. It is believed that a lack of serotonin leads to depressive symptoms.

Active ingredients are produced from Griffon simplicifolia tree growing in the western part of Africa and used in the production of preparations for the treatment of mild depression. The active substance purified from the seeds of this plant is oxytriptan. It is an amino acid – a precursor of serotonin or happiness hormone. Oxytriptan turns into serotonin in the human body. Once in the body, oxytriptan stimulates the natural production of serotonin, thus blurring the symptoms of depression.

Triptosan is a herbal remedy for easy treatment of mild depression, effectively supplementing the body's reserves of serotonin. Does not cause addiction.

Always use Triptosan precisely as prescribed by physician. In all cases it is recommended to consult with your doctor or pharmacist.